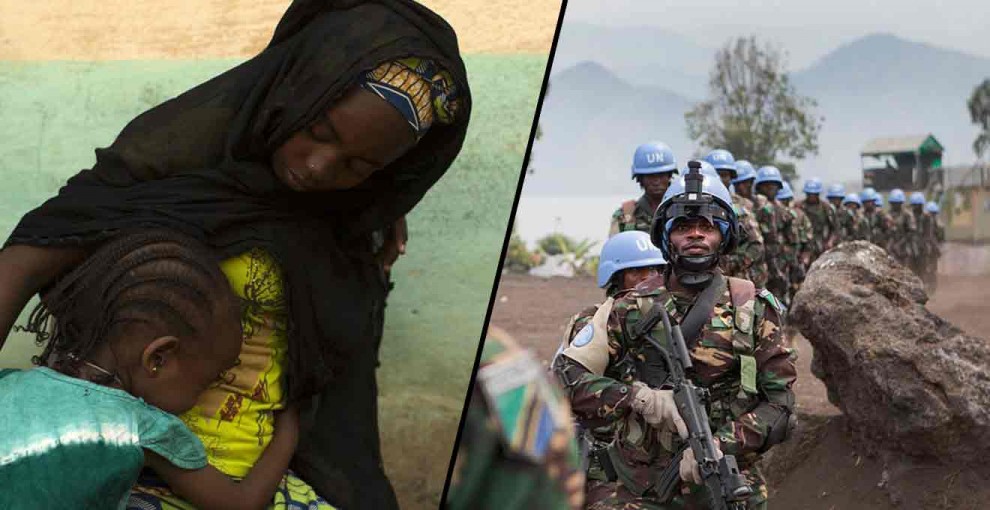 Reports from the AIDS-Free World’s Code Blue Campaign have alleged that French peacekeepers in Africa engaged in several cases of sexual abuse of local girls, ranging from forced oral sex to bestiality.

The allegations are based on the testimony of 98 women and girls living among U.N. peacekeepers, also known as the Blue Helmets due to their distinctive headgear, in the Central African Republic and the Congo. The U.N. has long been charged with engaging in sexual abuse in the two African countries and initially released a report on the problem in December 2015. The Code Blue Campaign report builds upon the U.N. report, offering visceral detail into the scandal.

In what is one of the more horrific examples, a French military commander is alleged to have tied four girls up, undressed them and forced them to engage in bestiality with a dog in 2014. Only three of the girls were able to recount their story, as one died after the event.

Another case alleges that a French soldier bribed a seven-year-old girl with a bottle of water and cookies in exchange for oral sex. Girls were not the only victims of the peacekeepers, as boys as young as nine are also reported to have been abused.

French soldiers from Operation Sangaris make up a substantial portion of the reported assaults. Following the passage of U.N. Resolution 2127 in 2013, the Mission to the Central African Republic (MISCA) was created, with French forces from Sangaris supporting them beginning December of that year. The mission of the international peacekeeping force is to keep peace between the Christian and Muslim populations of the country.

“The information reported by the children indicates that the violations were likely not isolated incidents,” said a December U.N. report. The exchange of food for sexual abuse in particular was a constant practice with the French peacekeepers.

The U.N. sent a team to the CAR last week to confirm the most recent reports of abuse. Thus far, cases of abuse committed by peacekeepers from Burundi and Gabon have been confirmed, while the investigation into abuses by French peacekeepers is ongoing.

Approximately 69 cases of abuse against peacekeepers were made against the U.N. last year, 22 of which were in the CAR. Despite last year’s report, the sexual abuse problem has continued, with 25 cases reported in January and February.