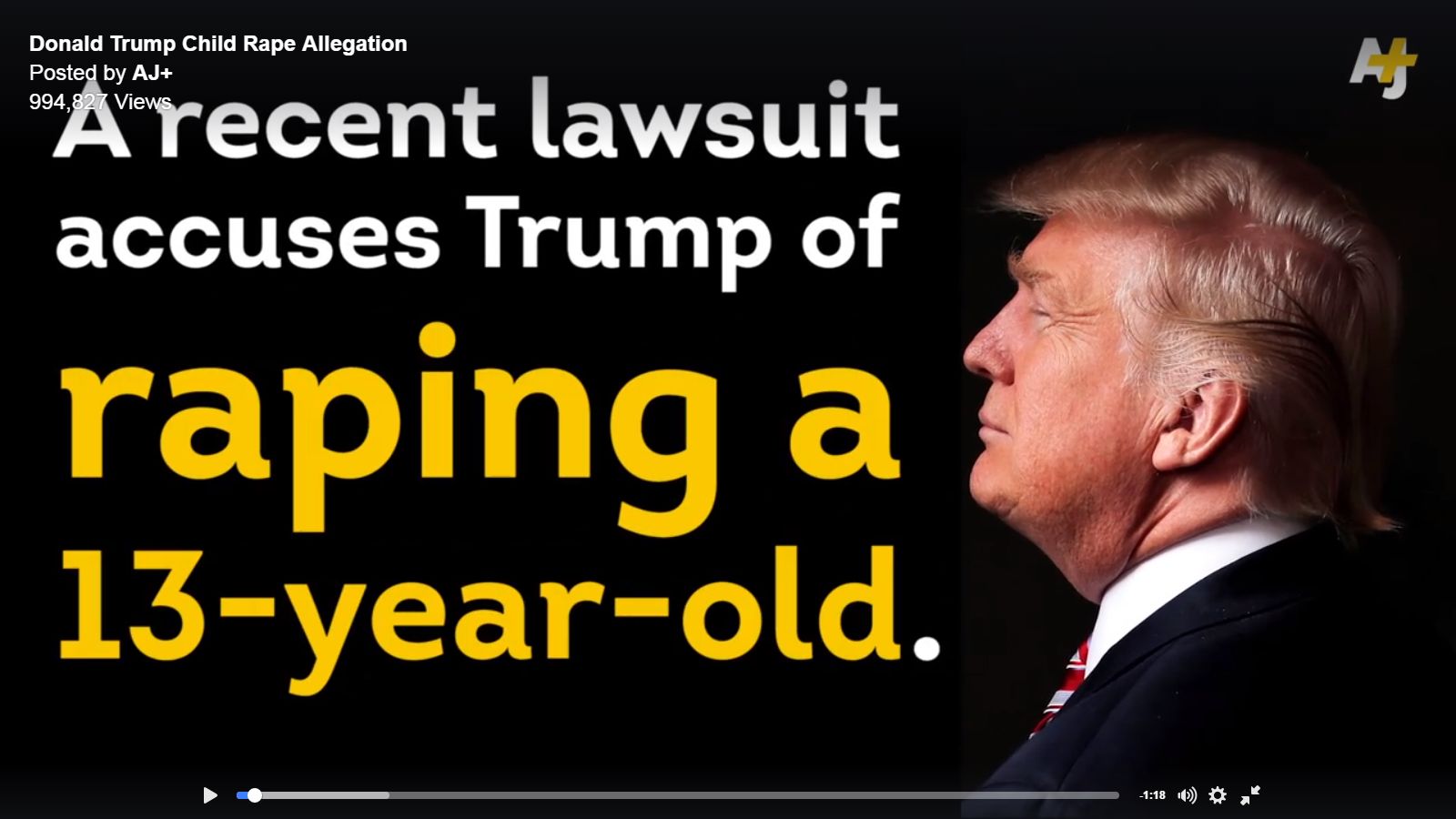 AJ+ recently released a video on its Facebook page that received over 1 million views in 24 hours and growing! The video viral video is titled “Donald Trump Child Rape Allegation.”

According to it’s YouTube channel description, AJ+ is “a global news community for the connected generation. We highlight human struggles and achievements, empower impassioned voices, and challenge the status quo.”

Some may have heard rumors of this allegation back in May 2016, while others may not have heard about this at all. Apparently a lawsuit was filed and quickly dismissed and the rumors suddenly dropped, as well. But now, the suit has been refiled and this video is spreading the message about it hard and heavy.

“A civil suit against Donald Trump alleging he raped a 13-year-old girl was dismissed in California in May 2016 and refiled in New York in June 2016,” reported Snopes. The report goes on to say that the dismissal was over filing technicalities as the accuser, Jane Doe, allegedly attempted to file the charges in California herself without any professional assistance. A copy of the lawsuit now filed in New York has been uploaded to Scribd.

Most of the mainstream media may be quiet about it for now, but it will become difficult for them to do so with this video going viral.