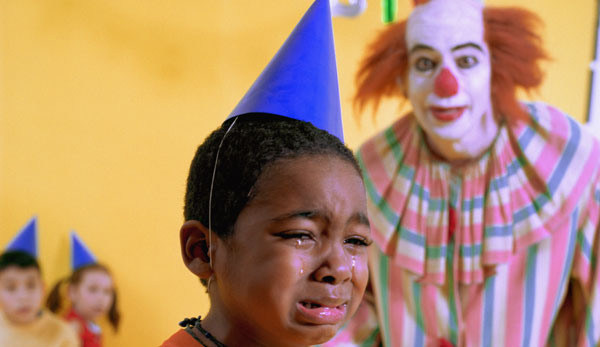 San Francisco, CA – Parents in California are taking crazy to a whole new level by holding measles parties, where they will expose their unvaccinated children to infected children, in hopes of giving their kids illnesses.

The California Department of Public Health “strongly recommends against the intentional exposure of children to measles as it unnecessarily places the exposed children at potentially grave risk and could contribute to further spread of the outbreak,” the agency said.

People in the 1950’s and 60’s were known to have measles parties, with the mistaken belief that the infected children will build up immunity to the disease and can’t catch it again.

“This is a really bad idea,” said Dr. Richard Besser of ABC News about the parties. “Although most children recover from chicken pox and measles without a problem, not all do. The vaccines are far safer than the diseases.”

The CDC released new information earlier today revealing there are now 121 confirmed measles cases in 17 states since Jan. 1. Health officials believe the most recent outbreak originated earlier this year with group of unvaccinated people at Disneyland in California.

Besser cautioned that measles is a highly contagious disease that can linger in the air for up to two hours after exposure. Symptoms include high fever, runny nose, pink eye, cough and rash. People who are infected are contagious up to four days before symptoms appear and four days afterward.

The controversy over vaccination has led to a debate over the issue of whether or not vaccines not only should be voluntary, but whether they are even effective. Senator Rand Paul of Kentucky and Governor Chris Christie of New Jersey incited the debate when they both advocated for voluntary vaccination programs, rather than mandatory ones. Paul’s remarks went further when he acknowledged anecdotally that some parents reported negative side effects from the vaccines. He went on to clarify his remarks, stating that he did support them and the science behind them.

Paul also remarked, mistakenly, that parents own their children. Of course, parents do not own their children. Children are sovereign individuals who own themselves. That is why we do not as a society allow parents to starve their children, or abuse them in other ways. This type of behavior is tantamount to abuse, and should be put a stop to since children should not be forced to suffer illness as a result of their parent’s ignorance.