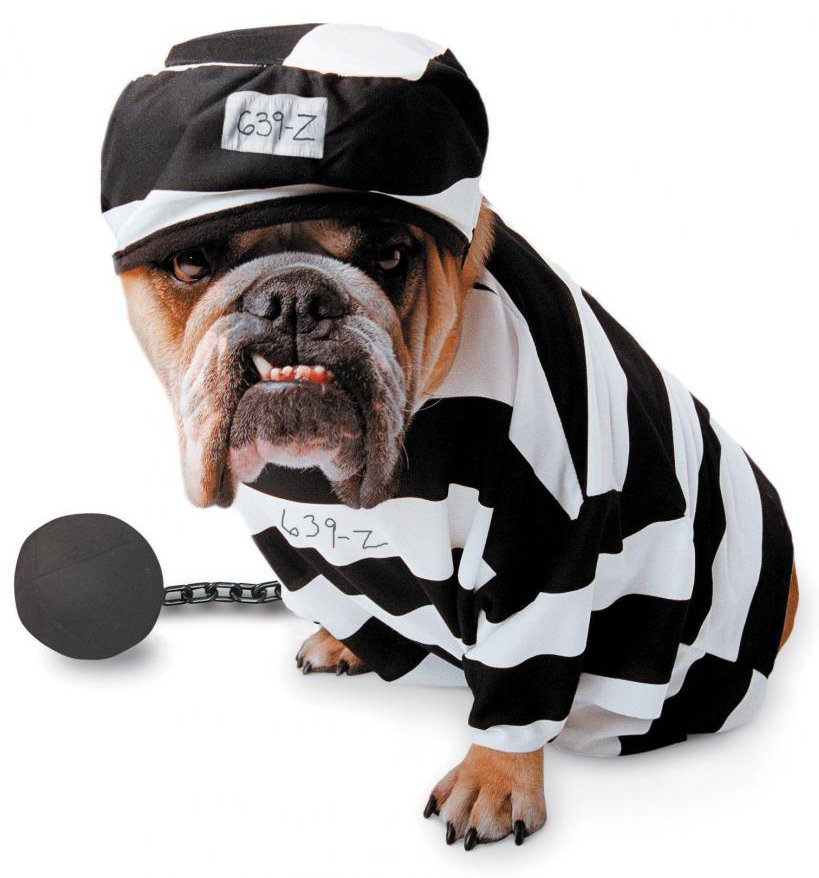 Arizona police must be really hurting to fill some arrest quotas because one officer recently threatened to arrest a woman’s dog.

A video captured in Snowflake, Arizona, shows a police officer threatening a woman with the arrest of her dog.

A portion of the exchange between the woman, Terri Franklin, and the officer:

“So am I under arrest?” Franklin asks.

“No, your dog is though,” the officer responds.

“My dog’s under arrest. For what?” she responds.

“For a vicious and large dog …” said the officer and was then interrupted.

“She came at me,” the officer says before being interrupted again.

A representative of the Snowflake-Taylor Police Department tells CBS5 the incident was reviewed and the officer was found to have done nothing wrong.

“He just shouldn’t have said what he said,” the official said.

CBS 5 News received the incident report from the Snowflake-Taylor Police Department. The report indicates the officer was dispatched to the scene because a woman claims she was unable to get into her car because of “two aggressive dogs.”

The incident took place outside of a Dollar General store. Terri Franklin was inside shopping and her dogs were in the car.

The dogs had apparently growled and barked at the woman who then reported it to police. In the incident report the officer writes that one of the dogs was “barking and growling” as he approached the car.

The officer then went into the store to retrieve Franklin and ask her to roll up the windows of her car. The report goes on that “The lady almost immediately became very belligerent, raising her voice and yelling.”

Franklin has a different recollection of the incident which she posted about on Facebook.

“So today a woman was scared to get into her car because my pit bull barks and growls when someone gets too close to my car, even though she is the most loving dog she just is protective of me and my vehicle. This woman called the police instead of coming into the store and asking for the owner of the car/dog. Police officer shows up and asks me to roll up the window which I immediately do and apologize to the woman for my dog scaring her. Officer proceeds to demand my driver’s license. I, of course, refuse as I have done nothing wrong and then ask him if I am under arrest.”

“She said she wouldn’t give me her ID,” the officer wrote in his report. “I told her I could cite her for vicious dog at large and impound the dog.”

In the end the officer walks away from Franklin and in his report concludes that had he pushed the issue further the owner could potentially have reacted in a manner that would have gotten her arrested so he decided she was instead free to go.

Pooch should consider himself lucky that the officer didn’t just open fire on him immediately.

Check out the video of the incident below.