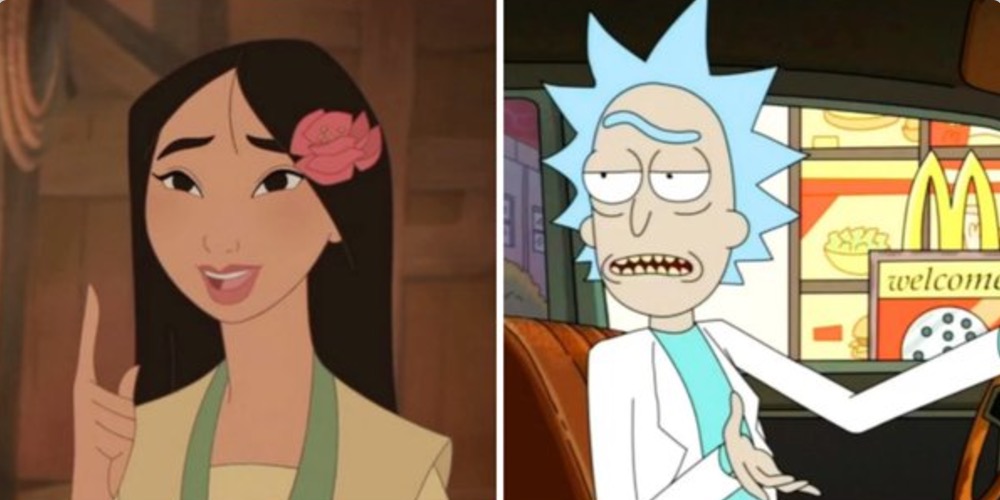 McDonald’s bringing back its famed Szechuan dipping sauce “would be a mistake” because reducing an entire country’s cuisine into one flavor is “problematic” and “disrespectful,” according to a writer for Inverse.com.

Rick and Morty, a popular Adult Swim animated show, dedicated part of its April 1 season 3 premiere to ask McDonald’s to bring back the Chinese-inspired sweet and sour dipping condiment created as part of a marketing gimmick for the release of Disney’s 1998 animated film Mulan. Many fans on the internet began tweeting at McDonald’s, asking for a reboot of a dipping sauce that disappeared 19 years ago.

McDonald’s responded to the show’s request vaguely on Twitter, but bringing back the sweet and sour sauce could dovetail nicely with the Disney’s live action remake of Mulan set to be released in 2018. But McDonald’s will have to weigh the cost of pleasing internet fans with that of offending Asian-Americans with “cultural and culinary reductionism.”

“In fact, rolling out Szechuan sauce with the original Mulan was itself problematic,” Yasmin Tayag writes in her article “McDonald’s Shouldn’t Bring Back Szechuan Sauce for the ‘Mulan’ Remake,”

When Mulan, and the McDonald’s dipping sauce, came out in 1998, “critics were less aware … of how the film collapsed millennia of complex Chinese history and culture into a flat, oversimplified pastiche,” Tayag writes. Or, perhaps “they just cared less.”

Szechuan sauce, Tayag contends, does not resemble the flavors of Sichuan, a region in central China, but rather condenses flavors found throughout that country. The story of Mulan does not even take place in Sichuan, meaning the name Szechuan sauce was likely picked not because of the flavors, but to make it sound more Chinese.

Just asking McDonald’s to bring back the sauce is “low-key racist,” Tayag said in a tweet.

it's low-key racist to ask @McDonalds to bring back #szechuansauce for the Mulan remake. sorry @RickandMorty fans https://t.co/n104zvScTj

Though Tayag admits that “nobody’s really sure what went into the Szechuan sauce formulated by McDonald’s,” or what it actually tastes like, recreations by hobbyist chefs who actually tasted the sauce “remember it being sugary sweet, salty with soy sauce, and tangy with rice wine vinegar or sake.”

That would make the sauce more similar to the sweet and sour sauce common in American-Chinese food, which is far different than any food served in China.

Pairing that American-influenced Chinese sauce with Mulan is a problem because “there’s nothing American-Chinese about Mulan, a legendary girl who grew up in China centuries before America even existed,” Tayag says, and  “the last thing Asian-Americans need is a sauce to obscure the diversity of their cultures in the same shade of faceless, nationless, Western-approved brown.”