Former Navy Seal Marcus Luttrell, whose book Lone Survivor has become a major motion picture, appeared on FOX and Friends to call on President Obama to take the shackles off US Marines and let them take the fight to ISIS.

Luttrell’s remarks come on the heels of news that ISIS may soon take control of the Anbar Province in Iraq. That means Al Assad base, where over 300 US Marines are stationed, would fall into enemy territory, putting our men and women at risk. Luttrell believes, however, that if they were allowed to, those 300 Marines could wipe out ISIS entirely.

“With 300 Marines, you could probably take over Iraq if you wanted to and get rid of ISIS completely. Make no mistake about it, Marines are war fighters. I mean they are really good at what they do. The only time they are not good at what they do is when someone puts the shackles on them,” Luttrell told the FOX panel.

ISIS has already attacked the Al Assad airbase, but Iraqi fighters were able to deter them. However, leaders in Iraq are warning that Anbar may soon fall to ISIS.

President Obama has done all he can to downplay this conflict, he wants the legacy of a man who ended wars and brought peace. Unfortunately for the president, pulling troops out of Iraq has destabilized the area and he will quickly learn, you cannot be half-in a war.

ISIS has recently beheaded 21 Coptic Christians on the shore of Libya, pledging to bring the fight to Europe, citing that their presence in Libya will allow them to cross the Mediterranean Sea to places like Italy. The threat has led Italy to call for NATO intervention.

While the threat of ISIS grows, Obama believes the US can play a supportive role to other nation’s ground forces. He will be proven wrong, as Iraqi forces have shown no ability to slow ISIS’s spread. The supportive role Obama seeks for US troops will include airstrikes; what happens when ISIS shoots down one a US helicopter and burns the pilot alive on television?

Marcus Lutrell is undoubtedly correct. If US Marines are going to be in this fight, it’s time to let them bring that fight to the enemy. 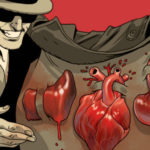 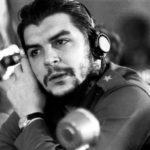 10 of the Most Psychotic Quotes from Socialist Hero Che Guevara