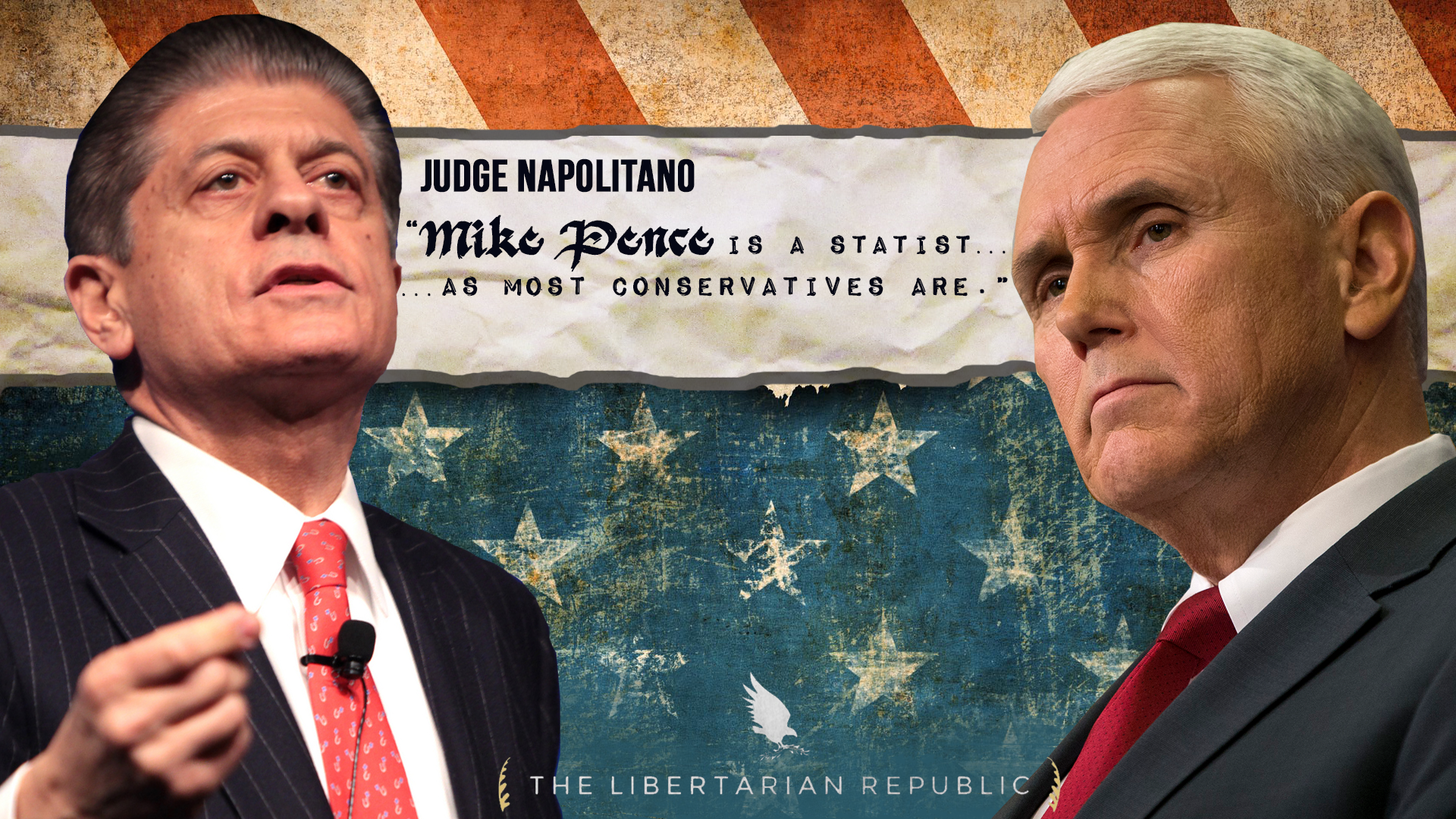 In an interview with Reason TV‘s Nick Gillespie, Judge Napolitano offered some of his thoughts on Donald Trump’s presumptive choice for his vice presidential running mate — Indiana governor Mike Pence. When asked if the governor was “the type of person America needs at this time to reign in constitutional chaos,” the judge responded with the following:

To which Gillespie offered the follow-up question: “So, Mike Pence is a conservative statist?” Napolitano replied:

“Yes, absolutely; as most conservatives are.”

What do you think? Is the judge right about a majority of conservatives? Watch the clip from the Judge Napolitano interview below and share your thoughts with us on Facebook.