I don’t tend to use the word “privilege” very often, except in reference to myself. My privilege. I use it to basically acknowledge when someone else is going to say “oh you’re so lucky, I wish I had those various advantages” instead of letting me believe I earned what I have through hard work. I’m aware that I have many privileges. I’m reminded of it constantly.

So I don’t really talk about privilege. Usually. Except today, I’m trying something new.

Imagine you are tall. You are a tall person, and most people you know are also tall. Your parents are tall, your teachers are tall. You look on television and your heroes are tall. Your president, and government representatives are mostly tall as well. Things are made for tall people in this world. Chairs, couches, doorways, shelves, tables, bathtubs. Everything was designed with your height considered. It’s totally normal to be tall, and the world around you caters to your height.

You have a short friend. You might even have a couple of them. They’re so interesting! Exotic! They’re smaller than you, they can reach down low and fit into spaces you can’t imagine fitting into! It’s so adorable. They’re so petite. They have smaller clothes with less fabric so it’s cheaper. Lucky short person! They have these styles and trends in their short culture that you find really cool and you love to adopt as your own because they’re just so novel. They never look as cool, but that’s okay.

You’re not against short people, and anybody who thinks you are is stupid. You love your short friends, and you love going to their area of town where they’ve made their own Shortcity where things are just… different. It’s fun to go there because it’s so exciting and foreign – though after a while your neck starts to cramp because you have to duck a lot. Your knees start to hurt because they’re always hitting stuff when you’re sitting because everything there is made for people who are shorter.

You invite your short friends to come over and hang with you and your tall friends. Everybody thinks they’re so cute! What an advantage they have – they’re so interesting and everybody’s so curious. They never have to buy a drink at the bar because everyone wants to talk to them. Sometimes they can’t reach stuff that you can reach. You don’t mind helping them out every once in a while, a leg up onto the bigger chairs and tables – they’re your friends and you want to help them fit in. Having shorter legs and being smaller, they can’t walk or run quite as fast as you can, and it can be a little annoying waiting for them to catch up.

They walk even slower sometimes because you noticed they started carrying a little stepladder everywhere, so they could use it to reach when things were too high or too tall for them. It seems kind of heavy, and it’s a little unfortunate that they have to carry it around all the time, but they’ve learned it’s for the best to fit in with the tall people, and you’re glad they stopped asking you to help pick them up. If they want to come hang out in your tall world anyway, they should do what they need to in order to fit in. They invite you to come hang out in Shortcity, and you did for a while but it gets uncomfortable having to bend down so much and bump your head a lot. You don’t know how to interact as well there, everything’s different. You just keep inviting them to your world, it’s nicer there anyway. There are more people like you there.

They keep coming, and bringing their friends. Eventually people start building step ladders into the chairs and tables everybody else uses. To help short people up. The short people market starts gaining momentum and people start becoming activists, pressuring businesses to make things more short-friendly. There are stilts for sale everywhere and short people use them all the time. There’s posters on the walls in stores now that say “Short is Beautiful” and there’s special societies for short people, to help them learn to grow taller, or to integrate their various height-expansion devices into their lives.

You start to feel like it’s kind of unfair. Suddenly they’re getting all these advantages that bring them to the table. There’s so many more people showing up, and things are less simple than they used to be. You don’t understand why they weren’t just happy where they were. Now they’ve got politicians running for office and talking about short issues. Things are increasingly complicated – you can’t make short jokes the way you used to. Now there are things made for short people only and you hate having to duck and try to squish in, since you’re so tall. You can’t help that you were born tall. It’s not your fault. Why does everybody suddenly want to remind you that you’re lucky you fit into the world as it was made? It doesn’t feel that way anymore. It’s changed, and now you barely feel like you fit at all. 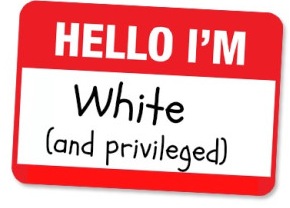 We all have advantages, we all have disadvantages. The world is not fair. It will never be fair.

I’m not here to tell you to “check your privilege”. I won’t. I will tell you to count your blessings.

You have blessings. You have privilege. You probably have disadvantages too.

All you need to do is recognize it. Think about the awesome things in your life that you may be ignoring that you should be thankful for. Nobody’s asking you to give them up. I wouldn’t blame people for being a little jealous. Look around you. Some people have it better than you do. What would you do with their opportunities? Have you ever been envious of something anyone else got to do?

Think about where you lack advantages, where you envy people. Maybe it’s gender or skin color. Maybe they had an easier life than you did, you think. Maybe they’ve had all the chances. Maybe somebody’s looking at you and thinking exactly the same things.

Remember that when you’re the short person in the tall world in a different situation with other variables that are non-advantageous to you – hope that other people are doing the same. We all benefit from compassion and understanding. Let’s all be thankful when we can be.