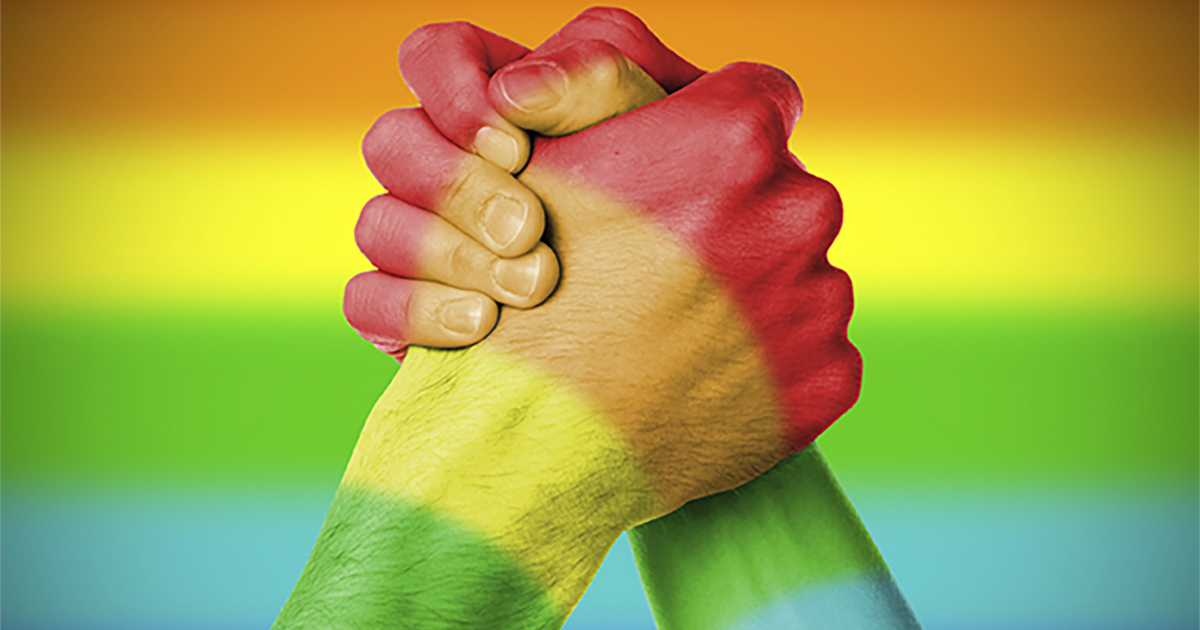 The government can’t discriminate. 14th amendment. But what about private businesses? That is a trickier question, and one which has seen a lot of heated debate and google searches as of recent.

Many people say NO. No discrimination. Discrimination is bad, even in the private sector.

But, at what point did we decide to override freedom of expression and the right to property in favor of moral superiority? Is it really true that small business owners can’t make their own decisions? Well, we started passing legislation like the Civil Rights Act and the Americans with Disabilities Act, and now people are legally prohibited from being assholes. Sometimes…

The thing is, the laws are wildly inconsistent. We have certain “protected classes,” but business owners are free to have a go at any non-protected group that they desire. For example, business-owner-schmo is free to discriminate based on attractiveness, weight, hair color, and any given personality trait (which, I would argue, people can’t control), but not based on race, color, religion, national origin, or a spattering of other qualifiers.

As a lesbian, hell, I want to be protected too. “Why them and not us?” says the bitter little critter on my shoulder.* Organizations such as the Human Rights Campaign** have been working tirelessly to “fix” this, and not long ago Facebook was all up in arms over reinforced religious protections in Indiana.

However, as a libertarian conservative and a lover of politics, freedom, and logic, I have to say adding sexual orientation to the list of protected classes isn’t the right move. Adding any regulation rarely is. The better option is to expand workplace freedom, not only for religion but for all expression. Yes, even expression of business-owner-schmo’s assholery.

The first amendment, including the freedom of speech, religion, press, assembly and petition, is, in my mind, just an enumerated freedom of thought and the freedom to express that thought. By telling business owners they can’t discriminate, the government is trying to control thought. Think 1984. Scary.

Take this narrative, for example, and tell me where the line is:

Suppose sexual orientation is a protected class. And a lesbian couple walks into an artist’s studio hoping to commission a painting. The artist can, of course, refuse to serve them based on the fact that he is already working on a number of paintings and cannot take on another. You can’t, after all, demand a person perform a service for you. Now, you might know where I am going with this. What if the painter were to say he refuses to paint the couple because he thinks the women are unattractive and would not make for a good finished product? That, too, is probably perfectly legal. He might be called an asshole, but a perfectly lawful one. What, then, if he said he does not want to paint them because he finds them non-aesthetic together as a couple? That gets a little bit iffy. And finally, with sexual orientation as a protected class, the artist would likely be sued for refusing to paint the couple because they are gay.

But what is the difference, really? Is it worse to offend somebody and refuse them service based on their membership to a protected class than based on their physical attractiveness? What if one of the women is a member of a minority racial group, and the (let’s call him white) painter is perceived as racist for calling her unattractive? In the end, the couple does not get served. Yes, under my system of morality it is wrong to refuse service based on sexual orientation (or anything people can’t control), but who am I to push my morals onto others? If they want to be assholes, I would argue that they have that constitutional right.

Finally, because workplace (un)freedom is often discussed in terms of hiring and firing based on membership to various groups, I argue that it should either be legal to fire somebody based on something they can’t control, or it shouldn’t be. Playing favorites with classes of people is a form of discrimination in and of itself by our federal government.

As previously asserted, the government can’t discriminate. If it is illegal to fire somebody based on their religion, it follows that it should be illegal to fire somebody based on sexual orientation. But then it also follows that business owners should be prohibited from firing a worker based on any given physical attribute which is out of their control such as height, weight, or even eye color.

But what about intelligence? Many would say intelligence is out of our control. Yet, it directly affects a person’s ability to do a given job. What if somebody is just super annoying? Annoying-worker-A can’t help it, but why on earth should the business owner be forced to hire that person?

The fix? Complete system-overhaul. Radical though it might seem, protected classes are dumb. I’ll fight your bigotry with my own speech. Fire me or refuse me service because I’m gay? I will picket your establishment and launch a social media campaign to make sure nobody desires your service again (not many people want to buy from homophobic business owners). That’s how our system should work. RELATED: Hardware Shop Owner Puts Up “NO GAYS ALLOWED” Sign

*For the social justice people out there, I am sorry. This comment is made with a light heart. I do, in fact, understand intersection of identities and I by no means want to alienate members of the queer community whose identities are multifaceted such that they are members of already protected classes. Of course, there is no competition. No them vs. us. I too am a member of various groups, but that is not the topic of this opinion piece.

**While I disagree with this particular stance of Human Rights Campaign, I am actually a supporter. I recently published in support of the organization.