Judd Weiss was John McAfee’s choice for Vice President when they headed to the Libertarian convention in Orlando back in May of this year. The party delegates chose Governor Johnson and Governor Weld instead, but that didn’t stop Weiss from continuing his commentary via his new creative medium: video.

During the campaign, Weiss released Be A Libertarian, Vote Different, War is Hell, and Exit Politics. After the campaign, he released a playful video for Giant Meteor 2016, and his final two videos – The Hate Sale & The Truce. The Hate Sale was released yesterday, and as the final video in the series, it’s worth taking a look at the message he’s offering.

“Elections are a Hate Sale. Nobody’s really bothering to sell people on what they’re bringing to the table. Politicians are selling hate for others. Because that’s what we’re voting for. Awful politicians are a symptom, we are the cause. Someone is voting for them.

For 1 day every 2-4 years, we all get to vote on who we abuse in this country. Election day is The Purge day, but it doesn’t end that night, the victors get to dominate for the next 2-4 years. Their policies are usually inconsiderate disasters, but election victors are given a sense of moral righteousness anyway.

No matter your gains, what do you think the defeated are going to do by the next election? How can this not continue to get worse? What a fucked up system we’re in.

I’m sure we humans are advanced enough by now to figure out a better way to live among each other with more peace and goodwill. Voting to enforce our will on others isn’t working.

The Libertarian Truce is the only way out.”

He asks viewers to watch The Truce afterwards. The peace after the storm.

“Liberty is essentially a Truce.

This simple elegant concept has prevented so much conflict, clearing the way for unprecedented human achievement and prosperity.

Right now politics is a nasty mess of weakly held coalitions of warring factions bitterly fighting each other to gain the power of government to dominate the rest of us. And I can’t blame anyone. Our system leaves us no other choice. If we don’t take power, “they” will. There appears no way out of this mess.

There is one way out: Liberty

Liberty means that we don’t force our ideas on peaceful people. We use our words to convince and persuade, we allow others to agree to cooperate. This is respect. We don’t use the force of government against peaceful people to get our way.

Most great innovations start off as luxuries for the elite, before they become available to all. Our country was founded as an experiment in liberty, but only for the elite. That experiment in liberty didn’t just transform this massive undeveloped terrain between oceans, it transformed the world. But instead of bringing universal human liberty to the masses, we’ve lost our way, devolving into a constant hostile battle for power.

Some fight because they think they know what’s best for others. Others fight just to benefit themselves. Few respect the personal decisions of their peaceful neighbors.

The Libertarian Truce is the only positive way forward.”

He’s got an incredible point to make, and his videos express it succinctly and beautifully.

There is a better way. A way to voice and to exit. A way to step away from the hate and the force, and to work together to create something better for everyone.

Liberty is a simple concept – don’t harm me, I won’t harm you.

Weiss mentioned his continued support of the Libertarian Party ticket but reminds us not to despair:

“I’m still going to vote for the Libertarian ticket, and I hope others do too. This might be remembered in libertarian history as The Great Tragedy Of 2016; we were handed such an incredible surreal golden opportunity, we were positioned to punch far above our weight, to actually climb higher than our delusional dreams; but we’ve embarrassingly wasted this opportunity. Let’s not also now crash and burn everything in fury.

The liberty movement lives on past election day. The value of our ideas and cause doesn’t change, even when representatives let us down. If we can push ourselves to grow beyond our boundaries, to imagine and create something better, then we have an exciting future ahead. That is what I’m trying to encourage with these videos.”

The liberty movement certainly lives on past election day. His videos and their message do as well. 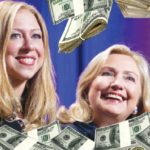