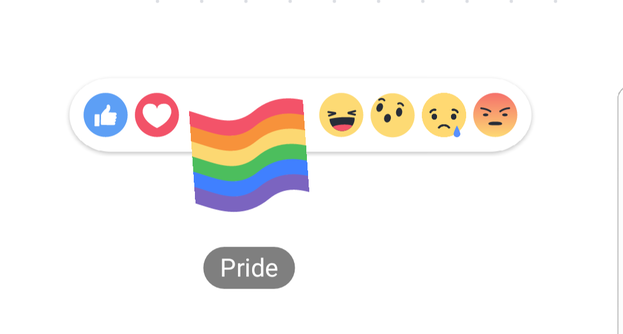 Most of the user complaints, written on Facebook’s official LGBTQ page, claimed that Facebook should focus on more important issues than launching a gay pride flag button, the Daily Beast reported Tuesday.

“Pride is more than celebrating,” one user wrote. “How about keeping trans people safe and changing your FB profile name policy to allow trans folk to use whatever name they see fit?”

Facebook revealed its special gay pride flag button June 9 in honor of Gay Pride month, saying that the button was a way for Facebook to show support for the gay community.

“As Pride celebrations begin around the world, Facebook is proud to support our diverse community, including those that have identified themselves on Facebook as gay, lesbian, bi-sexual, transgender or gender non-conforming,” Facebook said in a press release.

However, many users are upset that transgender people still have trouble changing their names to the one of their choice. They want Facebook to focus on revising that policy, rather than creating a button that celebrates the month.

The official page pointed out they had made improvements to their name change policy, but many users felt that it did not go far enough.

“Celebrate Pride by not suspending trans peoples’ accounts when they change their name on Facebook before they decide if they even want to update legal documents,” one user wrote.