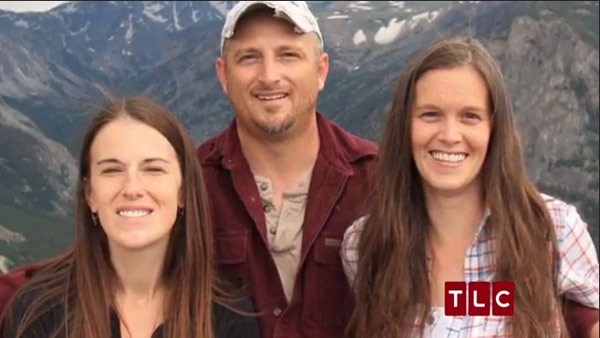 He is legally married to Vicki, but also wants to legally wed Christine. Now, after the recent Supreme Court ruling on gay marriage, now seems like the perfect time to solidify his own rights.

Under Montana law, bigamy is outlawed except for religious exemptions. Except, Collier is not motivated to marry Christine and Victoria because of religious beliefs, therefore making his marriage license illegal.

“Everyday, we have to break the law to exist as a family,” Collier said in an interview with TIME. “We’re tired of it.”

“If you read the justice’s statement, it applies to polygamists,” Collier said.

In Chief Justice John Roberts’ dissent, stated that the argument for same-sex couples’ rights to marry “would apply with equal force to the claim of a fundamental right to plural marriage.”

So, this week the trio headed to the Yellowstone County Courthouse to see if they could be granted the right to marry under the Marriage Equality Act.

Caught off guard, the county clerk initially denied their request, then said it would have to be reviewed by Montana’s Attorney General’s office.

The office has yet to come out with an official decision on the application.

“I’m not trying to redefine marriage,” Collier said. “I’m not forcing anyone to believe in polygamy. We’re only defining marriage for us. We just want legitimacy.”

Alabama City Votes Unanimously To Get Rid Of Confederate Monument