This bill would repeal a 1934 regulation deeming suppressors to be Title II devices requiring registration with the federal government. If the bill passes, suppressors would be treated as regular firearms with purchasers subject to a NICS background check.

While suppressors on the big screen come close to fully silencing firearms, the reality is that suppressors muffle, but don’t come anywhere close, to fully quieting shots. However, unlike the heroes and villains on the big screen, we mere mortals have to deal with the repercussions of having small explosions going off near our ears and the very real prospect of damaging our hearing.

Tinnitus and damaged eardrums are relatively common among those of us who engage in the shooting sports, and the widespread adoption of suppressors would go a long way towards reducing these injuries. However, most gun owners are turned off by the prospect of paying $200, waiting between six months and a year for a federal background check, having to report on the movement on, and registering their equipment with the federal government. 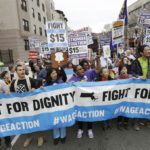 Guess What This $15 Min Wage Advocate Pays Their Workers? 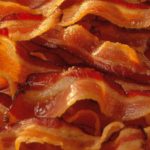 Bacon Major Cause of Cancer