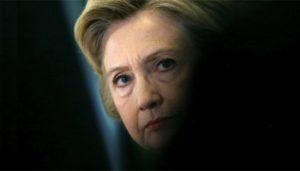 In a new document dump by internet vigilante website Wikileaks, an email from 2013 discussing the health of current democratic nominee for president Hillary Clinton has been found which appears to have originated from Huma Abedin, Hillary Clinton’s close personal confidant, and vice-chairwoman for her 2016 presidential campaign.

The details in the email appear to discuss the fact that according to a neurologist at Columbia Presbyterian Hospital in New York, Clinton suffered from what was called Right Transverse Sinus Thrombosis (CVST). This condition is explained in the email as causing “brain swelling or a stroke,” and “it is certainly life threatening.”

The email continues and attempts to explain where a condition like this may come from saying, “Why did this clot in the brain occur in the first place? Studies have shown that head trauma, which followed Secretary Clinton’s faint a month ago, is one likely contributor, along with the dehydration that she probably suffered from a gastrointestinal virus a month ago and the associated diarrhea. Though the mechanism of a clot in the leg is more generally linked with immobility, there have been reports of venous clots in the brain occurring after prolonged sitting on planes.”

Beyond the incidences that may have caused this condition, it is also revealed that Clinton is potentially prone to blood clots, claiming that in 1998 she suffered from a previous one and “she now requires a hematological work-up to make sure she doesn’t have an underlying tendency to form blood clots in the first place – known as hypercoagulability. If she does have that tendency, she will require a more prolonged or even permanent course of blood thinners, as well as an investigation to make sure there is no blood-thickening malignancy. This work-up cannot be completed until she is off Coumadin, which interferes with some of the results.”

This information is highly concerning, given that on Sunday, September 11, 2016, Clinton, while visiting the 9/11 memorial, appeared to have a medical incident when she reportedly fainted and fell off a curb as she was being assisted into a vehicle. It was then immediately reported by Politico that she was “diagnosed with pneumonia.”

It would not be hard to believe that based on Abedin’s explanation of the seriousness and potential progressive tendencies of Clinton’s illness, the incident at 9/11 memorial was nothing more than a symptom of her degenerating health. These symptoms do match that of vascular dementia, a potential outcome from complications with CVST.

Regardless of what the PR spin coming from out of the Clinton campaign is, it should be obvious that her health records need to be made public. If this is all much to do about nothing, then it disappears and the nation can rest easy. However if Clinton is really suffering from a “life threatening” medical issue, as it seems her history and other physical evidence would show, would the nation really risk electing her president of the United States? Would the Democratic National Committee (DNC) risk losing their nominee post election, or worse, prior?

The voters deserve an answer from Clinton, and in fact, even the DNC deserves an answer if the organization is not already privy to the information. After all, it is the responsibility of presidential candidates to earn the vote and trust of the people. The American populace should make sure this standard is upheld.

Chicago Man Gets Feds Up With Crime, Hires Private Security