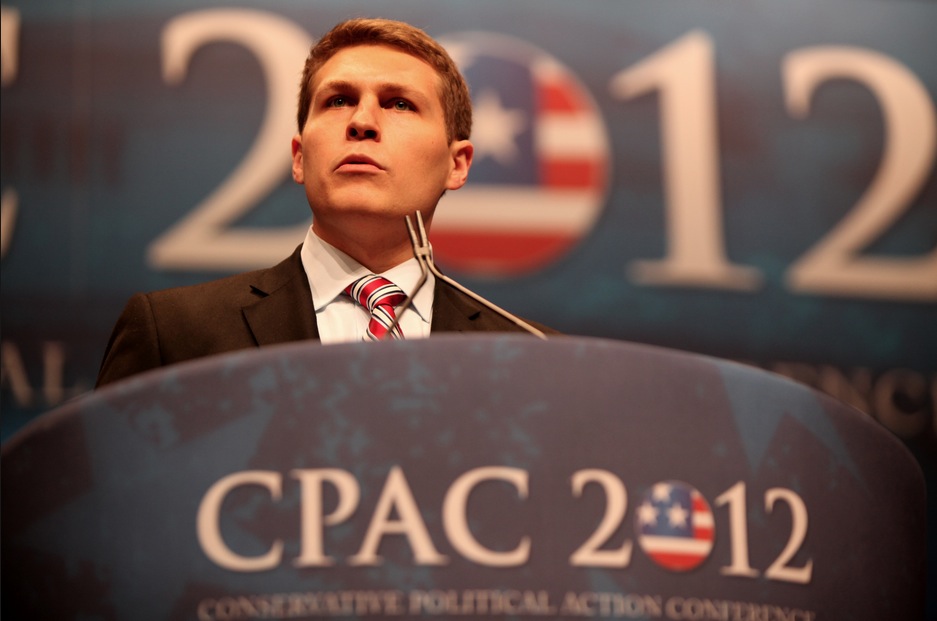 Alumni for Liberty has issued a correction, linked here.

A leaked letter to The Libertarian Republic details a petition of no confidence from former members of the Students for Liberty in President and Co-Founder Alexander McCobin. The letter, sent to SFL’s board, reads like a veritable whos-who of the youth libertarian movement, and explains in detail why they believe that McCobin’s tenure as the head of the non-profit institution should come to an end.

McCobin pioneered the organization, growing it into one of the largest libertarian organizations in the world, with chapters across the nation and internationally. Their yearly Students for Liberty conference draws thousands of attendees, and celebrity speakers such as Peter Thiel, Ron Paul, Oliver Stone, and Jeffrey Tucker. McCobin himself is a popular speaker, appearing at the major Conservative Political Action Conference every year as a featured guest.

Now, the organization appears to be having a power struggle, with the names of those listed below as the primary adjutants in the push to remove McCobin from his position. The letter recounts stories of student volunteers pushed to the point of burnout, McCobin’s micromanagement, ineffective leadership, and the dissolving of the Texas Executive Board, a major blow to the institution in one of the regions of the nation where libertarian ideas have a strong foothold.

Most interestingly is the accusation that young hopeful libertarians find themselves “scrubbed of their passion for a free society,” which would lead one to believe that McCobin somehow moves young students away from the ideas, although there are no details about how exactly that sort of situation might play itself out in practice. The resignation of the Texas Executive Board would point to whether or not those claims might have merit.

Singularly, the issue seems to lie with the fact that the signees of the letter do not believe McCobin can effectively manage while still fundraising for the organization. If that were the case, he could theoretically switch to a simple development position, if someone else were to take over. But since this will be breaking  news for most people in the movement, anything of that nature is speculative and remains to be seen once the fallout has been assessed.

To the Board of Directors of Students For Liberty,

We, the Alumni of Students For Liberty, are writing to inform you of our collective concern for the future of SFL.

The signatories here represent some of SFL’s best and brightest student leaders, staffers, and alumni in the organization’s history.

We have each had different roles and varied levels of involvement, but are united by our commitment to SFL’s mission of empowering student leaders. We have all proudly witnessed SFL’s rapid transformation into a vibrant and powerful global student movement for liberty. Our motivation here is not anger, disdain, nor animus, but rather a sincere belief in SFL’s power to help achieve a free society and a shared desire to see SFL succeed.
We believe the viability of SFL’s long-term success is threatened by President Alexander McCobin’s persistent mismanagement. It is our shared observation that SFL is suffering from a gradual but increasingly unsustainable diminution of support from is strongest members. We fear that, without a change of course, this damage will soon become irreparable.

We would like to preface this letter with a well-deserved recognition that Alexander has been invaluable to SFL. However, a growing organization that wishes to continue its momentum should carefully re-evaluate its formula for success from time to time. Inertia can lead to crashes, and the undersigned sense an impending crash.

The first premise of SFL’s strategy is simple and oft repeated: People and ideas matter. But the behavior of its executive director has come to undermine this principle by alienating the very people most needed to spread the ideas of liberty. Rather than emerging from the organization feeling supported and empowered, SFL’s most promising and talented leaders routinely leave feeling bitter, cynical, and disempowered.

Just over the past 18 months, the turnover rate of SFL’s D.C.-based staff was a staggering 48 percent. Volunteer burnout is equally problematic, as demonstrated by Alumni For Liberty’s failure to gain meaningful traction despite the fact that SFL is approaching its ten year anniversary.
The student movement feels these effects. Regions that were once forces to be reckoned with in SFL (Arizona, California, Philadelphia, and New York) have shrunk or died in recent years, in part because of the instability fostered by low volunteer retention rates. As former staffers and student leaders, we have been disappointed to see countless full-time students — who are at first excited to work long hours for no pay — be slowly scrubbed of their passion for a freer society. Internationally, others have observed these same problems. And this week, with the collective resignation of the Texas Executive Board, we have witnessed the wholesale loss of one of the largest and most impressive regions in SFL’s network.

All organizations deal with imperfect management. All student groups suffer from instability. However, based on our shared experiences, we believe these issues are uniquely connected at SFL and the result has been both quantifiable and unseen losses for the student movement for liberty.

While Alexander’s fundraising abilities have been a core pillar of SFL’s sustained success, his arbitrary and erratic decision making, disrespect and lack of appreciation for staff and student leaders, and overall lack of concern for morale has resulted in a culture of disempowerment. Staff and students alike are micromanaged, made to feel inadequate, and routinely disregarded in decisions that directly affect them. Unrealistic, stubborn demands and sudden terminations leave staff members in a culture of fear. And the counterproductive obsession with a specific type of data — essentially email dumps — pressures students to fulfil [sic] basic quotas that have low conversion rates into quality student leaders and expanded regional networks. Aside from inflating data to the detriment of usefulness, this puts students in the role of supporting SFL, the reverse of the intended relationship.
We also believe that there is a serious problem when one individual acts as both lead fundraiser and director of programming. After all, skills that work in a development capacity do not necessarily translate into successful oversight of staff and operations. Conflating these two positions has created a clear and obvious conflict of interest to the mission. As a result, operations have become beholden to development priorities.

While we acknowledge Alexander’s tremendous dedication and are profoundly grateful for his work in co-founding SFL, we must respectfully urge that he be removed from oversight of staff, programs, and operations.

Previous efforts to address these problems have been met with little success. We come together now in hopes that our unified voice will receive all due consideration.

Dustin Lane, Former Chairman of the Texas Executive Board

James Padilioni, Former Chairman of the North American Executive Board

UPDATE: An earlier version of this article claimed that some members were currently with SFL. That was incorrect. This article has been updated to reflect that fact.

Donald Trump Is An “Authoritarian” and Is “Dangerous”, says Ron Paul