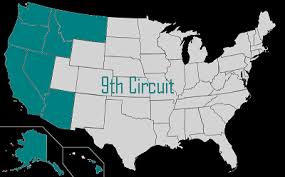 The three-judge panel ruled that a Seattle federal judge’s earlier restraining order on the new policy should remain in effect while the judge further examines its legality.

LA Times explains that the court issued the ruling “per curiam,” which means it was a unanimous decision.

The controversial travel moratorium signed Jan. 27 stirred chaos at airports and protests worldwide as at least 60,000 visas were canceled, including those held by students visiting families abroad and engineers working in the United States, says The LA Times.

U.S. District Judge James L. Robart issued a temporary restraining order blocking enforcement of the order last week after concluding that a challenge by the states of Washington and Minnesota was likely to succeed, explained The LA Times.

SEE YOU IN COURT, THE SECURITY OF OUR NATION IS AT STAKE!

CNN’s Cuomo: “Being Called Fake News the Equivalent of the N-Word for Journalists”